Just downloaded the latest beta of Microsoft Office 2007 and am testing out the blog posting feature. Microsoft Word has added functionality that allows you to create blog post and post them directly to your blog. They support most of the blog platform out of the box including MSN Spaces, Blogger, SharePoint, Community Server and Other, which includes any blog platform that supports the MetaWebLog and the Atom API. 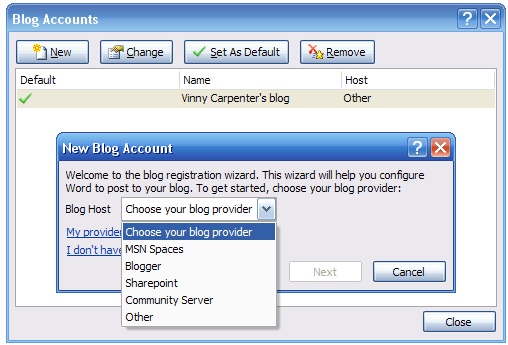 The HTML created by Word 2007 is also pretty clean and I think I can really get used to this as my primary blogging interface. I still need to play around with some of the settings to customize the layout. I am hoping I can import or point to a CSS document and have it allow me to format the contents of the blog post. Haven’t found the option yet but I am hoping it’s here somewhere. If not, be a great feature for the final GA release. 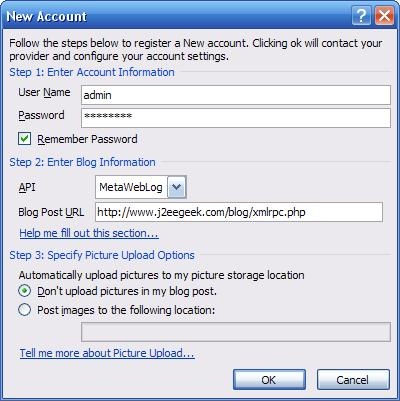 Some of the bugs I’ve discovered so far are:

I’m sure that’s not a complete list of bugs but Word does show promise as a decent WYSIWYG blog editor.